Important information for our community 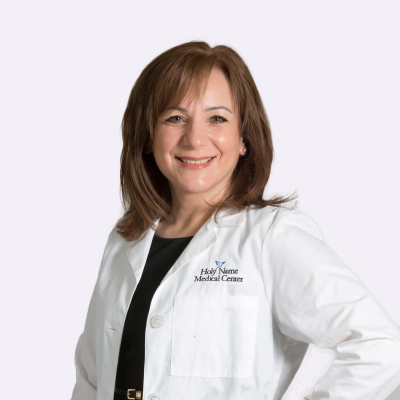 Anna Shoshilos, DO, is a board certified obstetrician/gynecologist who provides comprehensive primary gynecologic and obstetrical care. She brings special interests in high-risk obstetrics, the surgical management of fibroids and abnormal bleeding, and menopausal and adolescent gynecology.

Dr. Shoshilos joined Holy Name Medical Center's staff in 2015. Prior to that, she was medical director of the Outpatient Women's Health Center at Newark Beth Israel Medical Center - Barnabas Health Care System. For 14 years, she has taught and worked with ob/gyn resident physicians and, in 2014, received the National Faculty Award of the Council on Resident Education in Obstetrics and Gynecology.

After graduating from New York University, Dr. Shoshilos earned her medical degree from New York College of Osteopathic Medicine, and completed her residency in obstetrics and gynecology at Catholic Medical Center of Brooklyn and Queens - Albert Einstein Medical Center.